Adapted from a recipe by Paula Wolfert.

Two days before making the flatbreads place 100g semolina flour and 95ml water in a jar and mix to form a dough. Stud this dough with four peeled cloves of garlic, and leave in a warm place for 24 hours, after which time the dough should begin to swell. Remove the dough from the jar, and fold it over itself, leaving the garlic in the mix. Leave overnight to swell again.

The following morning, discard the cloves. Add a further 85g semolina flour and 50g water to the dough. Mix and leave to rise for about three hours, by which time the dough should have risen an inch or so in the jar.

This leaven is the sponge you will add to the flatbreads.

Place the flour in a bowl and gradually mix in the water to make a warm soft dough. Knead the dough (you can do this in a stand mixer, using the dough hook). Add the salt and half of the leavening (the remainder can be used in sourdough discard recipes) and knead the dough until very soft and moist.

Rub your hands with oil, and finish kneading by hand, folding the dough over itself, and shaping into a ball. Place dough in a bowl, covered for fifteen minutes.

Heat a griddle pan until medium hot. Shape the dough into eight balls, and cover with a tea towel, while you flatten each one. You can use a rolling pin to roll out each ball into a rectangle. Sprinkle over some nigella seeds and fold the dough over in thirds. Turn the dough 90 degrees and repeat this rolling, dusting with seeds and folding together in thirds.

This time roll the dough fully into a rough circle. Cook the dough on the griddle until slightly puffed, around a minute and a half. Repeat with the remaining balls of dough.

Serve with hummus and harissa sauce.

In a mortar, or food processor grind all the ingredients, except the oil and lemon juice, until a paste is formed. Add the oil a teaspoon at a time, until you get a spreadable mixture. Season with lemon juice to taste. 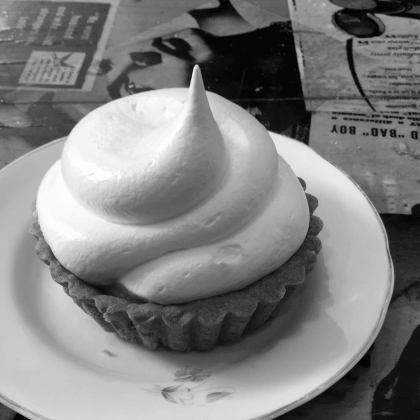