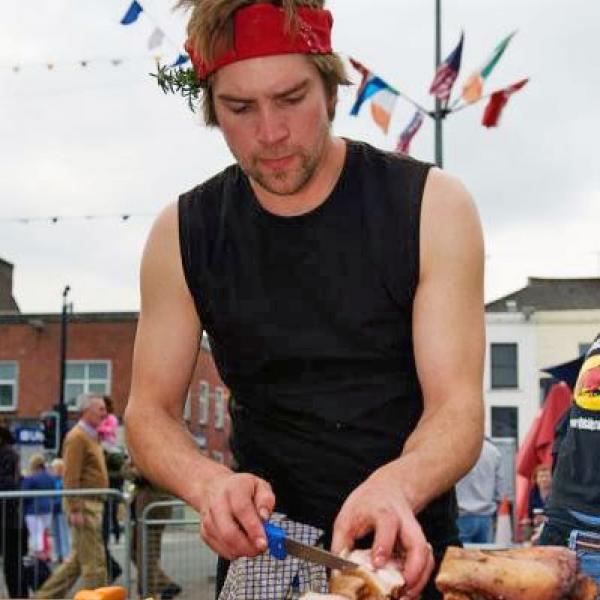 Ted Berner of Wildside Catering once told the food writer Lizzie Gore-Grimes that  “There are no restrictions on creativity!”
Fair enough, except that Mr Berner was being too modest. What he should have said was “I have no restrictions making things happen that other folk would say were impossible”.
His creativity is a broad brush: he does the mad, insane things you wouldn't even think of. Back at Electric Picnic in 2009 he built a twin-chambered pizza oven on the back of an agricultural trailer, using bricks and sand. As you do.
In 2013 he converted a shed at Ballymaloe into The Big Shed, a pantechnicon of producers who found themselves in a gilded palace that had, 48 hours earlier, been a dumping ground for agricultural machinery and grain. “Impossible is Nothing?” Nonsense. “Impossible is Easy!” is his tag line.
He hails from Sweden, which might explain why he sounds as if he comes from East Cork, where he is part of the extended Ballymaloe tribe. Before settling down there he roamed the globe, the way people used to do back in the '60's. The roaming made him into a hippy and he can see no reason to revert to anything else.
To be honest, cooking fab food in funky places is just one element of what Mr Berner and Wildside offer. At their best, what Mr Berner and his crew serve up is a transformative experience, a full-on immersion in food and drink and service and hospitality that can be almost overwhelming. They transform the room, then they transform your world. Mr Berner delivers an eating experience that is actually performance art in action. No restrictions. Access all areas.