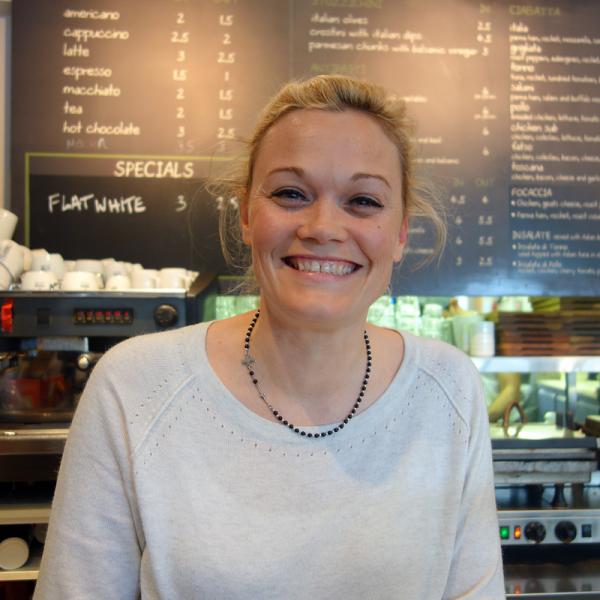 Lorraine Fanneran has to be one of the greatest communicators in Irish food. She credits social media for the rise in profile of La Cucina restaurant in Limerick city, but in reality it’s Lorraine herself who has the ability to speak from the heart and make her point heard. One of the earliest bloggers, her massive following on Facebook and Twitter was to the fore of a new revolution in Irish food - the revolution of putting the word out about your food without recourse to the traditional media. It has transformed the food scene, and added a new dynamic to Irish restaurants. Lorraine is its best protagonist.
The rise of La Cucina was, of course, in large part due to the distinctive cooking of her partner Bruno Coppola. Together they share an exactitude and passion that Lorraine is able to express with clever quips and expressive prose. In 2013 Lorraine was diagnosed and treated for breast cancer. True to form, she brought the subject of cancer into her public life, and raised over €14,000 for cancer research through Twitter alone in a personal media campaign that seemed to take on the power of a PR empire. Lorraine understands the mechanism of communication. She’s a natural born writer, using language to brilliant effect, but she also has an understanding of branding and how to encapsulate a message. She’s now running for breast cancer, and of course, she and her running mates are wearing the t-shirt Boobs on the Run.
One of her greatest moments in her writing career was to put a picture of chips on Facebook and write, simply “skinny or fat chips”? “I speak to people on FB like I would over the counter in the shop” she once wrote “You have to build a relationship and interact.” Her understanding of how to interact and her personal style of communicating has been one of the most interesting things to follow in Irish food in recent years.