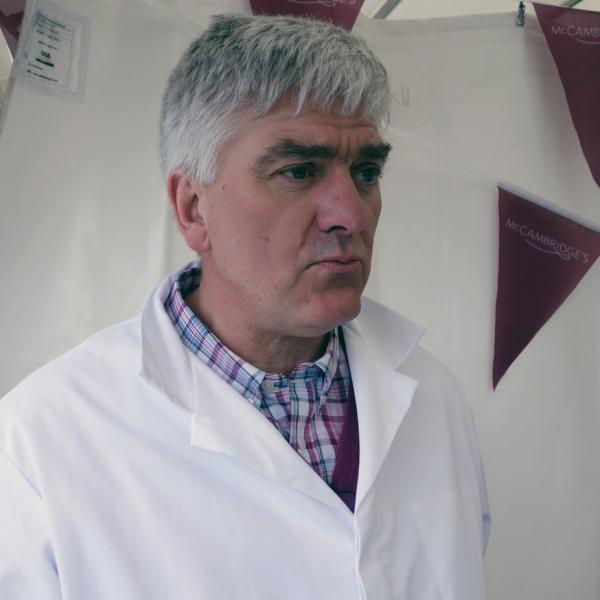 Larry Maguire has milk in his blood. A century ago, his grandmother ran Dagg's Dairy, based in 43 Manor Street, Dublin 7, serving milk to the good people of north Dublin. The apple doesn't fall far from the tree, so Mr Maguire's emergence in recent years as the dynamo behind the Galway Goat Farm – in partnership with his wife, Anne – and its glorious goat's milk products could have been foretold by a soothsayer.
But before he went back to his roots in dairying, there was a sales and marketing job in Dublin. Redundancy offered the chance to go west, when he married Anne, who hailed from Gurteen. So, there you are with three quarters of an acre and some old sheds, and you've done a couple of cheese making courses with Hans Wieland at the Organic Centre that hooked you on the idea of cheesemaking, but you don't have room for cows so the answer is... goats.
Mr Maguire opted for Anglo-Nubian goats, instead of the more common Saanen goats. Anglo-Nubians are more highly strung, less hardy and more prone to illness than the ruddy Saanen. But, their secret is their superior milk, with its high butterfat content. That's why, the first time you get a glass of Galway Goat Farm milk, it is so deeply satisfying, so pure: this is Premier Cru goat's milk.
Mr Maguire's painstaking approach extends to bag draining his goat's yogurt in butter muslin, “the old way” he says, and recently the arrival of their first goat's cheese has completed the trinity of GGF products. They are special foods, for a simple reason: as Larry Maguire says, “If your first love is the goats, then the business will follow...”
His grandmother could have told him that.