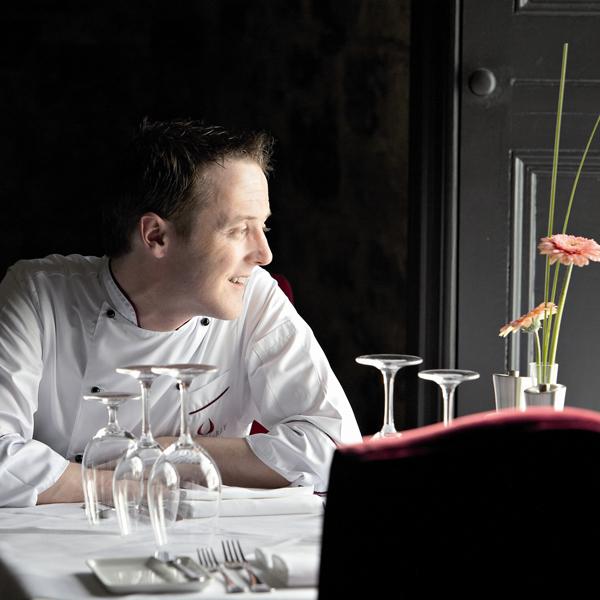 It comes to mind as you enjoy dinner in Wade Murphy's restaurant, 1826, in Adare, County Limerick. Mr Murphy's cooking is tuned down a full step. The resonance of his food – its rhythm and melody, its cadence, its syncopation – is not like anyone else's. After a long time cooking here and there, when he finally got his name on the menu in his own place, the first thing he did was to tune down the fiddle a whole step.

That's not to say that in finding his own culinary tune that he hasn't learnt from everywhere he has been. The subtle savouriness that characterises his food brings to mind none other than the great Paul Rankin, of Belfast.

Like Rankin, Murphy brings deftness and distinctiveness to everything, the lavish unctuousness of 36-hour pork belly with creamed cabbage, the slick brick-fried chicken with Asian slaw, the sea-salty mix of oven-baked organic salmon with clams and mussels.

He is a cook who shows that he knows when enough is enough. Knowing when enough is enough is shorthand for saying that Mr Murphy has good judgement: there is no more on the plate than is needed and the courses glide from punchy starters to satisfyingly narcotic sugar confections for dessert, faultless and seemingly effortless all the way. He never loses the tune, he never misses the beat.

And the effort is hidden. A dish of warm fried chicken livers will have pickles, piccalilli aioli and good green leaves from Springfield Organics, and it’s delightful not just because it's perfectly executed, but because it’s so detailed, and so proudly unfashionable: cordon bleu executed with molecular precision. He lavishes this detail onto everything: a little dish of potatoes, with their mandolined scallions and plenty of butter, are rendered irresistible; the tomato gazpacho with Liscannor crab cocktail relishes that hot hit of tabasco; brown-bread baked Castletownbere scallops in the shell with air-dried Connemara ham with a soft herb crust is one of the contemporary Irish classics.

No one else plays this tune the way he plays it: a Schubert tune, with a Gershwin touch.